What product are you looking for?
select your region 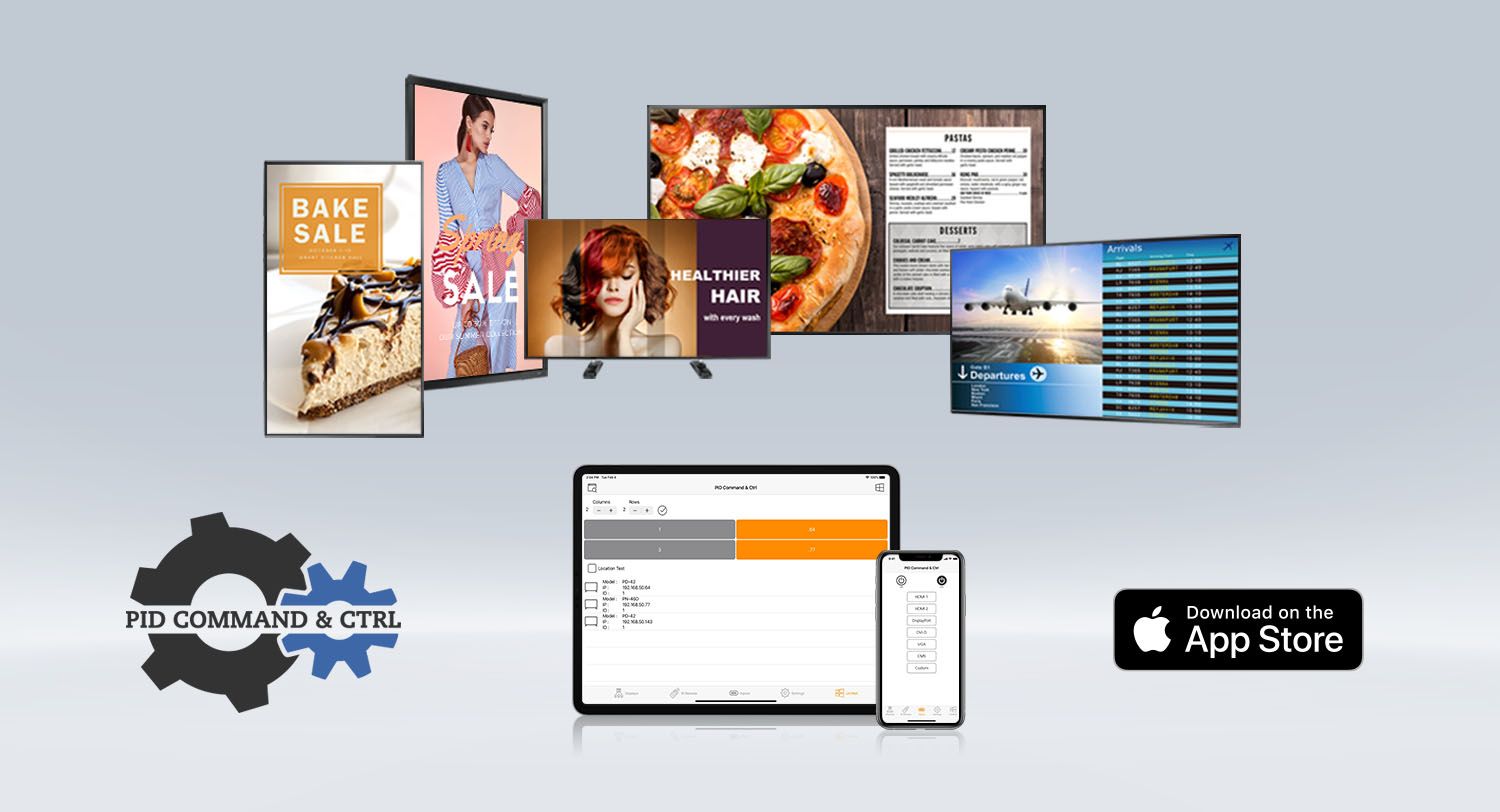 AG Neovo’s PID Command & Ctrl App has launched on Apple iOS via the App Store. The app, which allows users to control and configure AG Neovo public information displays via Wi-Fi, is now available for immediate download on both the App Store and Google Play.

The PID Command & Ctrl App allows users to control, configure, and test AG Neovo Public Information Displays (PN/PD/QM/PM/RX/QX/QD Series) located in the same network. Thanks to its remote connections, the intuitive management of large-scale installations have never been easier before. For public-facing businesses and large working environments, the AG Neovo PID Command & Ctrl App helps users to set up, maintain, and control digital signage installations both efficiently and securely. The app’s interface has been deliberately simplified for ease of use, yet still boasts the required features for comfortable remote management from within a central location.

Seamless Control at The Tip of Your Finger

The level of control offered to users by the app enables the management of OSD-related settings as a whole or individually from their mobile devices. Settings include power on/off control, brightness, backlight settings, temperature checks, IR and Key Locking options and many more features. One of the Command & Ctrl app’s key features comes in the form of UniWall™, which allows AG Neovo displays to swiftly and conveniently configure an entire video wall – consisting of up to 5×5 displays – without the need for any third-party equipment.

Offering support for a wide range of AG Neovo Public Information Displays, alongside compatibility with a brand new repertoire of hand-held devices, the PID Command & Ctrl App will offer a newfound level of convenience to a wide range of businesses.

Now Available To Download From The App Store For Free

Apple’s App Store joins Google Play in hosting AG Neovo’s PID Command & Ctrl App, which is available to download for free for both iOS and Android users. The App is also accessible via the AG Neovo Solutions website. The app’s arrival on the pages of the App Store means that users will be capable of controlling their AG Neovo Public Information Displays remotely via their iPhone or iPad over Wi-Fi, provided they’re based on the same network.