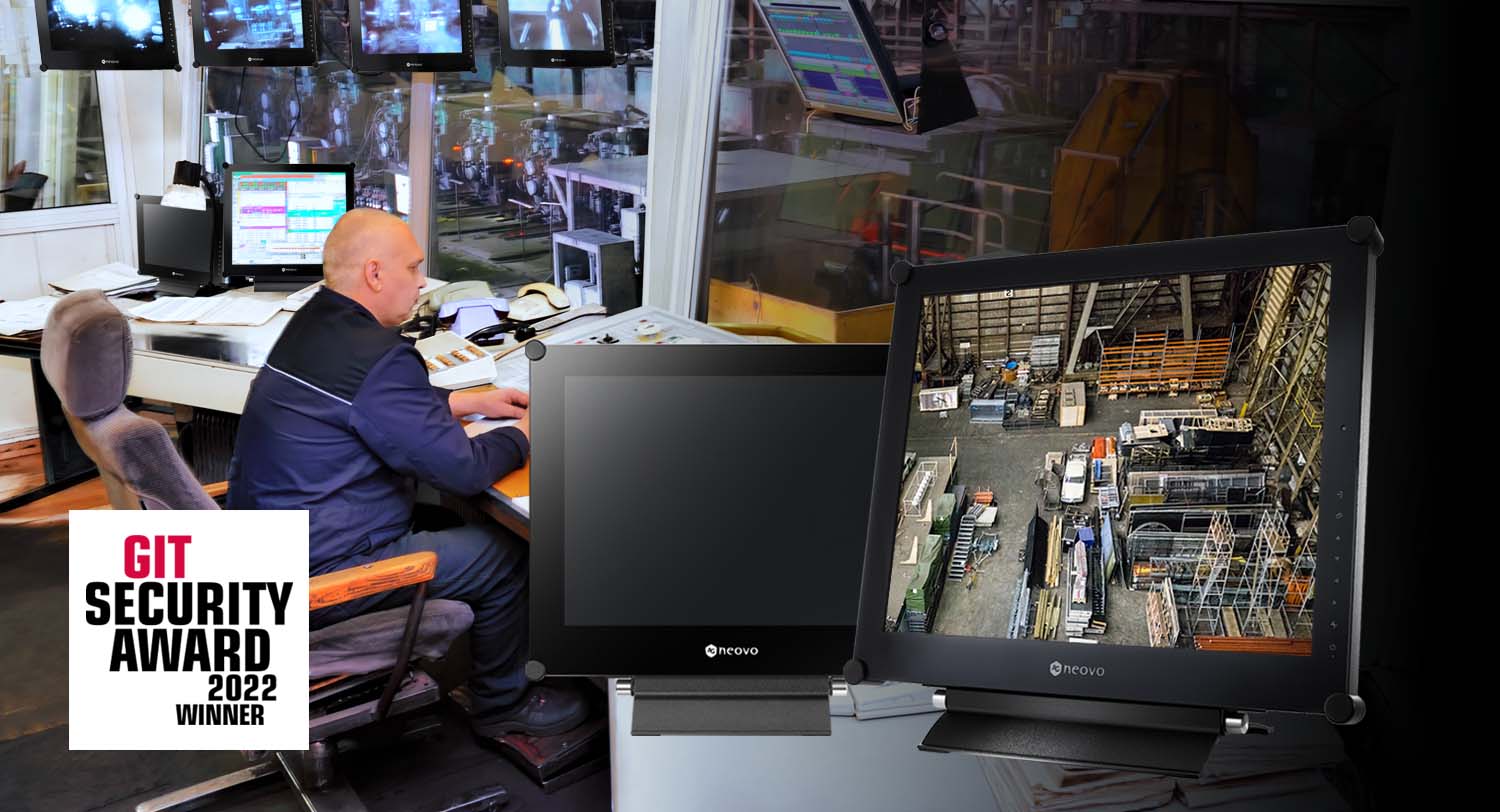 Every year, the GIT SECURITY international (Magazine for Safety and security) selects the most successful solutions in the safety and security market, and the SX-Series is one of the winners in the Video Security Systems class of the 2022 GIT Security Awards.

The SX-Series is a commercial-grade security monitor that provides clear images from analogue cameras and offers a flexible and high-quality monitor solution for various security operations. Udo Moritz, Sales Director for AG Neovo, said, “We are proud that the SX-Series, successfully installed in thousands of control rooms over the past fifteen years, has received the GIT award. We are delighted with the recognition.”

The SX-Series security monitors are available in three different sizes (15″, 17″ and 19″) and two different ratios (4:3 and 5:4). Conforming to PAL and NTSC standards, the surveillance monitors provide clear images with no distortion.

Suitable for either a new installation or as an addition to a legacy video surveillance system, the SX-series features BNC video loop outputs, as well as digital (HDMI, Display Port and DVI) and analogue (S-Video, VGA and Composite) inputs. These allow the camera to transmit images directly to the screen for real-time monitoring.

The BNC loop-through output provides the facility for the video signal to be sent to a second device, such as another monitor or a DVR (digital video recorder).

The SX-Series has been designed to function reliably, even with 24-hour use in challenging conditions. The commercial-grade LCD panels and proprietary Anti-Burn-in™ technology from AG Neovo reduces the risk of screen burn-in, resulting in a continual stream of high-quality images.

Durable materials are used in the SX-Series, including a protective metal housing and toughened NeoV Optical Hard Glass.

The CCTV mode has been preconfigured to provide sharp details, even in low lighting. The monitor benefits from fine Super Resolution technology that also helps to enhance the video to a higher resolution for real-time monitoring.

GIT Security is a prominent publication that specialises in providing material for the safety and security industry. The GIT Awards have been run each year since 2003, providing an opportunity to recognise products that have significantly impacted the sector. Judging is done by a panel of suitable experts, as well as through the votes cast by GIT Security readers, security enthusiasts and other interested parties.

AG Neovo specialises in the production of monitors and display units for industries as diverse as security, commerce, healthcare and transportation. The company has been in operation since 1999, designing monitors that combine high levels of functionality with aesthetic appeal.

This is not the first time AG Neovo has been successful at the GIT Awards – in 2020 its QX-Series display won a prize in the Video Security Systems class.