How to Choose the Right SDI Monitor for Your Surveillance System 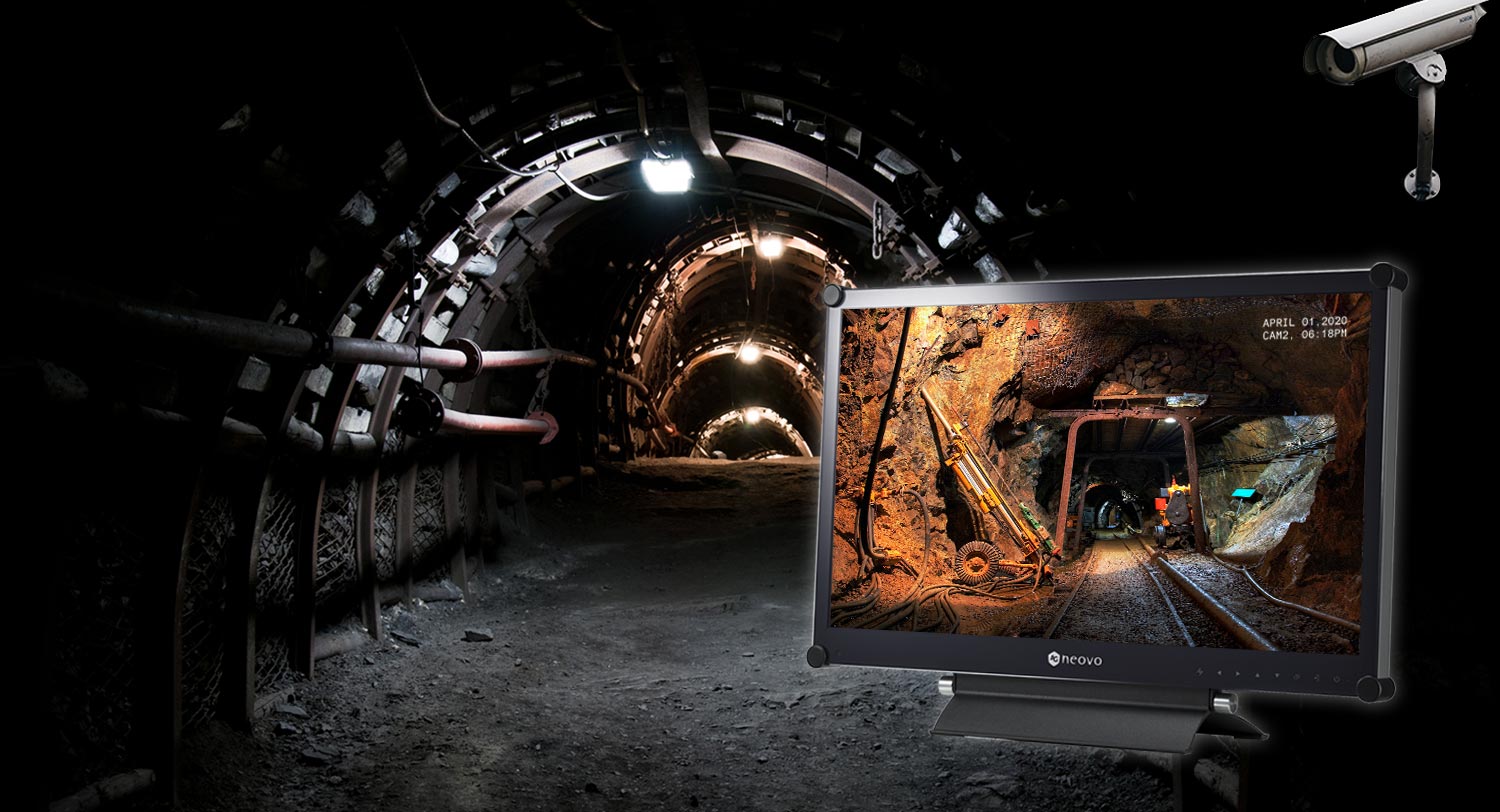 A report on the global video surveillance market had a value of $45.5 billion in 2019. The compound annual growth rate sits at 10.4% with an expectation to reach $74.6 billion over the next five years. The increased demand for high-definition hardware, such as security monitors, cameras, storage devices (think DVRs), and other accessories has attributed to this expected growth.

Even though the demand for IP video surveillance systems in the market has increased, they aren’t the only option out there. For vendors who need to upgrade their analog surveillance systems, they will find that adapting to the HD-SDI surveillance solution is ideal. This is because it can use the pre-existing coax cabling infrastructure, it is an easy system to learn, and it is cost-effective.

What Is an SDI Monitor?

The SDI monitor integrates serial digital Interface into the connectivity with BNC connectors. It allows receiving and transmitting uncompressed video footage directly from camera devices or DVR with ultra-low latency. It is commonly used in broadcasting and video surveillance solutions on real-time video footage transmission.

The interface was intended for use with updated surveillance products, including the SDI monitor, cameras, and DVRs. SDI allows for video and audio to get transferred to a video device without altering the footage, as you see in analog systems.

The quality of video recorded by analog surveillance systems has nothing on the improvements made in serial definition interfaces over the last decade. Traditional analog footage tends to deteriorate with all of the processing it is put through. The footage gets decoded as digital data before it’s displayed on the monitor. The quality becomes aggravated when it’s compressed, then saved to a hard drive.

These SDI surveillance systems can potentially use the 75-ohm coaxial cables that were installed for the analog systems unless their condition has deteriorated over time. The systems can use RG-59 or coax and a BNC connector to run the new system. This only requires the replacement/update of the front-end and back-end components.

SDI has come a long way since the inception of digital interfaces, as there have been multiple version reboots and updates along the way.

As advancements in modern technology continue to improve video surveillance methods, we see this through the progression of SDI products. The three separate types of SDI interfaces include SD-SDI, HD-SDI, and even 3G-SDI. What is the difference between them?

The SD-SDI surveillance system was the first of its kind as it was released in 1989. It was based on the standard definition that provided up to 270 Mbp. This system followed a typical 480i video format. What started as a standard definition quickly transitioned with the emergence of high-def resolution.

The HD-SDI, or High-Definition Serial Definition Interface, was then introduced when high-def resolution emerged on the scene in 1998. The HD-SDI allows for footage to be seen in real-time in its original state, meaning that it is uncompressed and unaltered when you see it on the surveillance monitors. They feature up to 1.485 Gbps through a video format of 720p or 1080p.

Even with all of these options on the market, the most popular adoption in the security and surveillance industry is the HD-SDI with the rise in HD CCTV technology.

Why Do You Need an HD-SDI Monitor for Surveillance?

The HD-SDI monitor is easy to install and the learning curve on operation and management is straightforward. When you replace the transmitter and receiver you will find that you don’t have to completely rewire the surveillance system. It’s pretty much just an upgrade to the coaxial cabling infrastructure.

Adding an HD-SDI monitor will show a massive improvement in your security or surveillance footage. With a resolution of 1080p, you will get an unaltered, uncompressed image in crystal clear, high-definition.

Say goodbye to the delay in footage from the transmitter to the receiver. Not only will you be improving the quality of resolution, but you can also expect an ultra-low latency video transmission. The transmission is shown in real-time on the HD-SDI monitor as it is recorded on a high-definition security camera.

The HD-SDI interface is less expensive than other systems. The overall SDI system is cheaper than IP surveillance options. With the increased resolution used by the SDI systems, you don’t need as many cameras to pick up a clearer image.

What Scenarios Can You Apply to HD-SDI Surveillance?

The situations where the integration of HD-SDI can improve video surveillance are pretty much limitless. High-risk surveillance, advances in forensic analysis, and long-distance monitoring can benefit from the use of a high-definition serial definition interface.

In applications where security is crucial to the success of the business, you will find HD-SDI surveillance systems a necessity. The places that would benefit from are those with limited network environments, such as:

A video surveillance system with an HD-SDI monitor will bring crystal clear footage in real-time. There is no lapse in the feed, thanks to the ultra-low latency, making it ideal to monitor for robberies and other high-risk crimes that might occur.

The sooner that the security team using these surveillance systems can alert law enforcement officials of crimes or accidents, the better for everyone involved, especially when it comes to the applications that have a lot at stake. This could include money, jewelry, or even the safety of people in the general area.

An HD-SDI monitor can become useful when there is a need to zoom in on video surveillance and be able to enhance the images to view the high-definition details on a specific region of interest when further clarification becomes needed. This is essential for those working in forensics who need to gather evidence via facial recognition or further recorded proof.

This can help crime scene investigators and detectives become more efficient in their forensic analysis, assisting the high-risk surveillance applications mentioned above.

In applications where multiple sites need to be showing real-time footage on multiple monitors over a long distance, you will find that the SDI surveillance products will help to keep those images crystal clear and ready for viewing at a moment’s notice.

The HX-24G SDI monitor allows for a transmission distance of up to 150 meters via RG6 coaxial cables. There is an option to increase the distance by using fiber option transmitters.

Applications where the users don’t plan to change the whole CCTV surveillance system with higher costs and greater labor efforts. The SDI systems allow you to build upon the system that you already have in place. This is ideal for those in the security industry who are looking to increase the level of security that they are currently working with.

How to Choose a Professional HD-SDI Monitor for Video Surveillance

As with any type of technological modernization, you will have to weigh the benefits with the risks of upgrading to a new system, keeping the current system, or going in another direction.

The main factors you must consider include:

When choosing an HD-SDI video surveillance system, you need to do your research beforehand. The right monitor, like the HX-24G SDI monitor, will have SDI inputs and outputs that are designed specifically for high-definition resolution.

A professional AG Neovo HD-SDI monitor for your video surveillance system will be able to live up to long-term and long-distant transmissions. They are made of commercial-grade materials that are not going to wear down with 24/7 use of the system.

The right HD-SDI monitor is easy to connect to more HD-SDI monitors for simultaneous surveillance over a long-distance transmission. The loop feature allows the input on one monitor to be viewed on another monitor or other surveillance equipment.

Take the banking application into consideration. The HD-SDI cameras can be installed at a target monitoring site, such as the lobby, service desks, and ATMs. This allows for all interactions to be viewed in real-time and to be recorded on to a secured hard drive.

The HD-SDI monitors allow users to monitor the situation in both a local and remote fashion. The same surveillance video that is displayed on the camera will play in real-time simultaneously as an SDI loop on a specified number of HD-SDI monitors. In the event of a robbery or hostage situation developing, law enforcement can gain access to the live feed.

The HX-24G is a 24-inch HD-SDI monitor that provides high-definition and uncompressed video footage that supports an easy SDI loop to multiple monitors for HD video surveillance solutions.

Surveillance systems run twenty-four hours a day, seven days a week. The commercial-grade materials used help the products be of great quality and robust design for any environments that need to have proper surveillance.

AG Neovo’s monitor screens are fit with NeoV™ Optical Hard Glass encased in a durable metal shell. This adds a layer of protection from most types of damages, like scratching and high-velocity impact damage. It also holds up in tough environments by being water and dust resistant.

Your ideal HD-SDI monitor is going to be able to avoid LCD image burn-in. The HX-24G SDI monitor utilizes AG Neovo’s Anti-Burn-in™ technology that works to prevent image ghosting across the screen from the repetitive image. These monitors will assure an extended lifespan of the display.

The Upgrade to HD-SDI

When you are considering an upgrade for your surveillance system via the incorporation of the SDI monitor, you need to make sure you choose the right interface to work with. With the HD-SDI, you will find that it is simple to use compared to the analog systems and it makes more sense financially, as it is cost-effective.

The AG Neovo HX-24G SDI monitor integrates all the benefits of the SDI surveillance application in critical places and will help you to save the effort on selecting an SDI monitor.